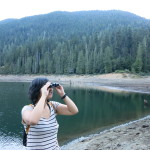 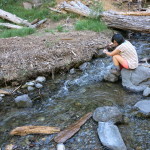 We just returned from the Y. Since the 5k April 14th, I’ve been out jogging three times. Three times for a whole month. Disgraceful! But today’s a new beginning, the start of the rest of my life, turning a new leaf. Be the change you want to see in the world. These are the lies I tell myself daily 😀

Did the 5k stunt my drive to work out?

Growing up I hated competition. It revealed a rabid, hateful Anthony. I remember in middle school, getting angry and roughing up other kids in basketball. Playing softball freshman year of high school, swearing up a storm for missing a pitch. And this was just in normal gym class! I don’t recall the anger playing strangers in elementary school, though. Maybe it’s just when I compete with friends.

Running is a lot more personal to me. It’s not you versus another. It’s yourself against the world. It’s your will against your body. You versus you. Running the 5k turned running into a comparison against others. Now I could just race against myself, trying to beat my last time. But I don’t need an official score tracker for that.

We worked for it, and we made it. I clocked in at 31:50. Two minutes better than my practice run. I ran with Amara, Jin, and Jessica! It was way more fun than I thought it would be. The sun seemed to come out just for the run. The clouds returned as we left, right on time for the Daffodil Parade.

That first mile was the worst. I couldn’t judge how fast I was going, or how long I had run. I was too used to running at the Y’s indoor track. Counting up to 48 laps, eight laps at a time. At least the 5k had people at the one and two mile marker, telling you how long it’s been. When I finished, they actually said my name on the loudspeaker! That was cool. They said Jin’s name too. I appreciated the people who cheered as runners came in. We even joined them for a bit, especially cheering on Amara and Jin when they finished. Good times.

A lot of people kept passing me. Amara kept up for most of the race, which was nice. It was hard trying to keep my mind off how much further I had to go. I tried looking at my surroundings often. I’ve never been across the downtown bridges before.

I really wanted to celebrate by going out and eating or something, but it’s April 13th, and I had to rush to get to work. My dad graciously let me come in an hour later than normal so I could do the race. Thanks, Dad!

It was a great morning. Would do again.

I just got back from a 3 mile run! Fuck yes. A new record. Also got my first blister. Definitely worth it.

Time for my victory cereal.

Ran by myself today. I tried out a couple of new things tonight.

Turns out that one (or both) of these things lead to a very poor exercise regimen. I couldn’t even run 1/2 a mile afterwards. Called it quits when my shoelace untied for the third time. Oh what a night.

That’s 2.5 miles running. Not in a row, but it’s a new record. The 5k is less than two weeks away. So here goes nothing.

Amara found this awesome site, tracking local runs. After some clicking through, I managed to find a map of the route. Pretty cool.

I haven’t been able to break two miles running. I’m supposed to be at 2.5 miles by now. While the 5k is on April 13th, which is a Saturday, I’ll probably be working and miss it. There’s the Ruston Way 5k the following Saturday, but nobody can figure out what the $30 goes towards. I’m sure there’ll be more following.

Yesterday we had to rush, so I ran one mile as fast as I could. I think it took 10 minutes. That’s probably bad. Then I walked one lap (one mile is 16 laps), and jogged for four more. Well short of my plan of jogging 1.5 miles straight.

But tonight, I jogged (albeit slowly) TWO miles without walking! My ears were purple.

Hurray? According to this, I run like a 45-year-old!

Walked/ran three whole miles along the waterfront today for the first time! Went with Amara and Jin. We celebrated at Puget Sound Pizza. Pesto pie. It was St. Patrick’s Day, so I had a root beer. It makes sense, okay?

Instead of going to the gym, I ate oreo ice cream. Failure never tasted so delicious.